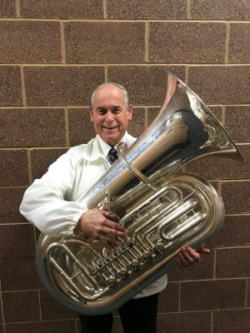 James A. Brickey was born and raised in San Diego, California. He began his music studies in 4th grade playing the clarinet but was lucky enough to stumble on to the tuba in 7th grade.  Since then, Jim has performed in numerous ensembles, including the San Diego Youth Symphony, La Jolla Civic Orchestra, San Diego Symphony, and in the Southwest Symphony since 1985.  He received a Bachelor of Arts degree in Music Education from San Diego State University, and a Master’s degree in Secondary Education from Utah State University.