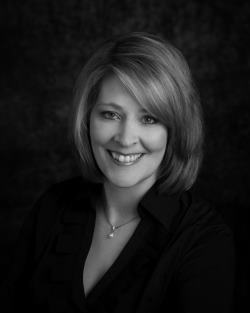 For over two decades, Julie has charmed audiences performing as an experienced classical and pop harpist. Julie made her debut with the Utah Symphony at the age of 15 and since then has performed all over the globe in cities such as Glasgow (Scotland), London, New York City, Los Angeles, Tucson, Denver, San Fransisco. Las Vegas, Chicago, San Antonio, Pittsburgh and Salt Lake City.

She is a two-time winner of the American Harp Society National Harp competition and a past winner of the Ruth Lorraine Close Competition.
Currently Julie performs with the Mormon Tabernacle Choir and Orchestra at TempleSquare appearing frequently on the longest live national radio and TV broadcast “Music and the Spoken Word”.
A graduate from Brigham Young University with a bachelor’s degree in harp performance and pedagogy, her harp teachers include Sarah Bullen, Susann McDonald, Dr. Carrol McLaughlin, Reneé Sheranian, and Louise Pratt. Since 1987, Julie has recorded with L.A. East Studio, Telarc, Big Idea Studio, Kurt Bestor, Lex de Azevedo, LDS Motion Picture Studios and Deseret Book (Mormon Tabernacle Choir). Julie is in her twenty-third season with the Ballet West’s annual Nutcracker performances.
As a composer and arranger, she has published over two hundred arrangements focusing on religious and children’s music for the lever and pedal harp. Julie’s 2009 publication, Harpy Halloween: 13 Spooktacular Songs, (CD and music) an innovative collection, explores many new special effects that beginner and advanced harpists can play. In addition to her publications is a book My Harp’s History – a record keeping book for all harps.
Julie has a large private harp studio teaching beginning to advance students. For 10 years she served as the Vice President and President of the American Harp Society, Utah Chapter and as the American Harp Society National Tape Librarian. A native of Salt Lake City, Julie is married to Mike Keyes and is the mother of five daughters. She also is an avid triathlete, competing in swimming, biking & running events.